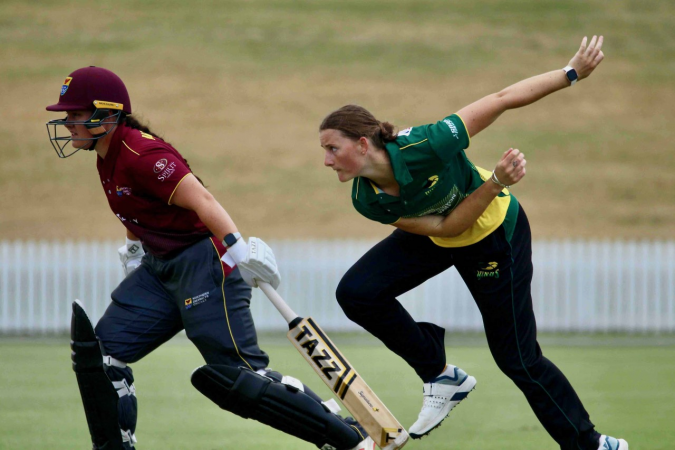 Hawke's Bay bowler Rosemary Mair is still unavailable for the Hinds because of her commitments across the Tasman.

The first Central Hinds squad of the summer has been named for the weekend’s twin fixtures against the Auckland Hearts at New Plymouth’s Pukekura Park.

Today marks the start of New Zealand women’s Domestic cricket for the 2020/21 season with the Hinds set to host their first four rounds of 10 at home, with Rounds 3 and 4 at Levin’s Donnelly Park in a fortnight’s time, before returning to Pukekura Park at the end of the one-day campaign.

Captain Anlo van Deventer says the team is looking forward to the first-up challenge of beating the defending champions — at the same ground that the Hinds defeated the Hearts to lift the 2019 national title.

The 12-strong team is temporarily without the services of WHITE FERNS bowler Rosemary Mair who remains in action in Australia where she had become the first player from the Hinds to compete in the WBBL.

Mair will miss the first six rounds of the one-day championship and, coupled with the retirement of Kate Baxter from Domestic cricket, it has created opportunities in the Hinds' bowling attack.

“Monique really impressed me in our preseason camp. She’s now swinging the ball in the opposite direction which is very exciting for us, and we have already had a glimpse of what Ashtuti can do at just 17, after her debut in both formats last season.”

Multitalented Kumar has switched from bowling pace to off-spin during the winter, and is a dynamic fielder and batsman down the order.

The top order meanwhile remains strong with run machine Natalie Dodd coming off an unbeaten century for Taranaki in her first innings of the season in CD’s Shrimpton Trophy competition last weekend.

Admission to all Hallyburton Johnstone Shield and Central Stags Ford Trophy matches is free this summer, and the Taranaki public is encouraged to head along to see two strong sides go head to head from 10am today and tomorrow. .

The Central Stags will also begin their one-day campaign at Pukekura Park, from the following weekend with matches against the Otago Volts on Sunday 29 November and Tuesday 1 December.