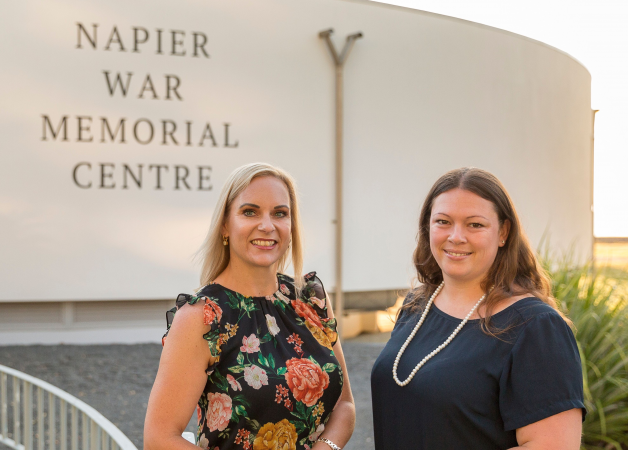 The two councillors are proposing that the reinstated memorial be on the floral clock site, at forecourt level forming part of War Memorial Centre site.

They are also proposing the Roll of Honour be connected to the building in a curved wall reflective of the Memorial building’s architecture, and that the Perpetual Flame form part of the centre’s entrance so that all users of the building will pass by and see the memorial.

The resolution also included detail around the inclusion of water, seating and artwork to allow for respectful and quiet contemplation.

A concept design will now be commissioned with the final drawings to come back to council for approval before tendering for the memorial’s construction later this year.

At the meeting, Councillor Brosnan moved what she called a "true community-led design" which incorporated elements of the three previous concepts put out for comment.

Councillor Brosnan said she had spent the last month reviewing the 1300 submission comments, meeting with affected groups, staff and councillors, and had drafted the motion to be a reflection of the community’s wishes, returning the elements to their rightful pace and paying tribute to the memorial’s original Guy Natusch design.

Councillor Wise, who seconded the motion, said she had spent considerable time engaging with the community over the memorial elements’ reinstatement. She called the resolution "a huge step forward in regaining our community’s confidence in our council’s ability to listen to them".

Councillor Wise said she was thrilled that the design criteria had support across the board and would be a respectful reinstatement honouring our fallen.

Councillor Graeme Taylor also spoke in support of the motion calling it "a way forward”.