Hawkes Bay App | Funaki gets Magpies No 7 jersey for semifinal 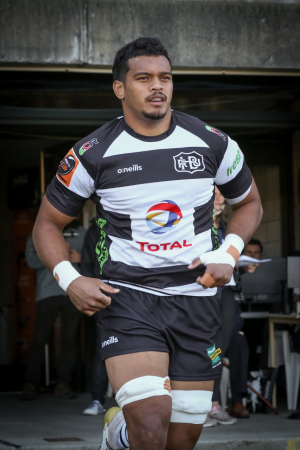 Solomone Funaki will start at openside flanker for the Magpies tomorrow after Brendon O'Connor withdrew.

Funaki gets Magpies No 7 jersey for semifinal

Give this season's big improver's award in the Hawke's Bay Magpies rugby side to loosie Solomone Funaki.

The former Tonga A rep and 2013 and '14 Tonga under-20s captain has made so much progress he has been given the No 7 jersey for tomorrow's Mitre 10 Cup Championship semifinal against Taranaki at Napier's McLean Park.

When former Blues and Crusaders openside flanker Brendon O'Connor withdrew from the squad on Wednesday with concussion issues 26-year-old Funaki got the nod. However the fact former All Black loosie Gareth Evans remains on the subs bench is an indication of the progress MAC club player Funaki has made. Quiz Funaki about his hot form this season and you get a quick explanaton.

"I'm pretty happy with my season. Last year was a hard one because of injuries ... this year I've had no broken bones."

Funaki missed all of the 2019 Mitre 10 Cup campaign aftr collecting two broken wrists last year. He has certainly made up for those lost minutes with some blockbusting displays, including two tries against Taranaki last weekend, in his six matches to date this season.

He was adamant he should have had a hattrick last weekend but was denied his third try by a dubious TMO call.

"That was a shocking call. I definitely scored. I didn't knock the ball on ... it was in my hands the whole time," Funaki recalled.

Naturally he hopes to continue that form tomorrow.  Funaki doesn't mind openside is his least preferred of the three loose forward roles.

"It's hard to get any position in the Magpies. All of the other loosies are Super Rugby players including one former All Black. I'm happy to take my chance with any of the positions," Funaki said.

He pointed out the Magpies have worked hard on their defence in the countdown to the semifinal.

"Our connections were too loose last weekend. Taranaki love to offload near the confrontation area so it's important we shut them down there. On attack we have to keep our shape and connections too," Funaki explained.

The former Silver Fern Farms freezing worker and father of one is eyeing a Super Rugby contraact within the next two years.

"With all the players coming back from overseas this year it will be tough. But it has to be the target next year," he added.

Magpies head coach Mark Ozich pointed out Funaki's selection ahead of Evans is the result of a combinaton of two factors - Funaki's impressiver form and the top job Evans is doing as an impact player while managing his return from a niggly ankle injury collected while playing for the Hurricanes.

Ozich agreed it was a tough call naming All Black Sevens squad member Ollie Sapsford as the substitute outside back ahead of Hurricane Danny Toala.

"Ollie performed well during the early part of the season and will bring a lot of physicality on both sides of the ball."

As expected Ozich has shifted Geoff Cridge (pictured below) back to a locking berth after playing at blindside flanker in last weekend's win against Taranaki in Inglewood. Jacob Devery has been given the substitute hooker's role after last weekend's skipper Kianu Kereru-Symes failed to shake off concussion symptoms. 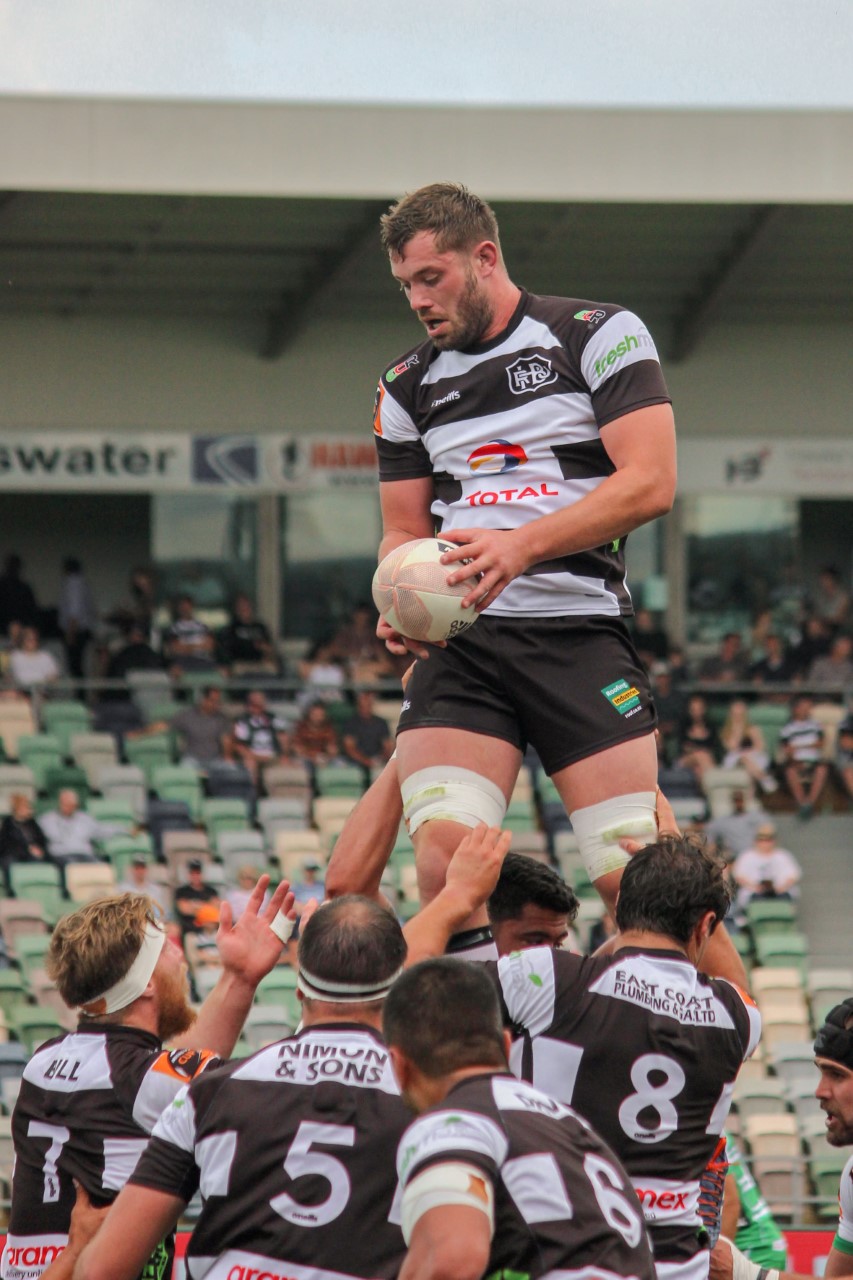 Ozich admitted it was tough getting last weekend's away 34-33 victory.

"We played within ourselves. Coming home again to play in front of a home crowd which will be boosted by free entry on a sunny day will give us a big boost."