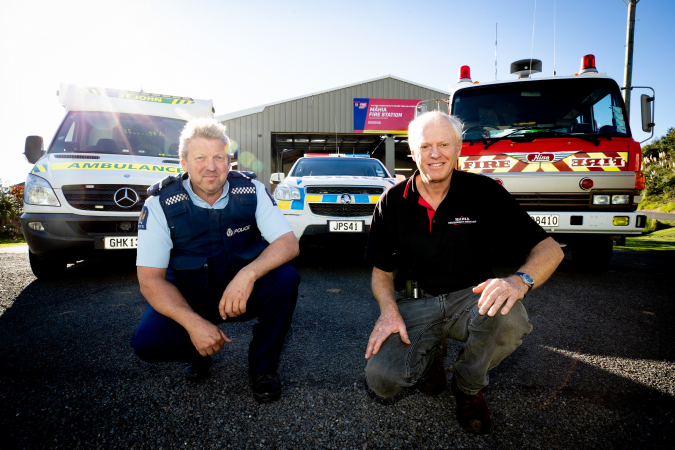 “While the population of Nuhaka has fallen from around 5000 when we first established a police presence there to around 230 today, Mahia has grown to more than 1000 people and swells to substantially more over the summer season,” he says.

“It makes sense to have the station located where we can best service the local community.”

The move was prompted a couple of years ago by Eastern District Commander Superintendent Tania Kura after stopping off in Nuhaka one day en route to a tangi. Although she admired the 10-year-old building, she thought it wasn’t in the right place – and sole-charge Constable Craig Henneker agreed.

Most days Craig had to make at least one 40km round-trip to Mahia, which was not an efficient way of servicing his community.

“We are truly an agile and mobile police service, and this project shows that this applies not just to our people, but to our buildings as well.”

The building was moved on the back of a truck in November and situated beside the Mahia Fire Station.

Prior to the decision to move the station, Police went to the local community to seek their views.

Constable Henneker developed a presentation outlining the case for the move, and took it to both the Nuhaka and Mahia communities.

Those in Mahia welcomed it with open arms.

The Nuhaka community is now serviced through a co-located police presence at the local fire station.

Commissioner Bush says the new location for the station fits into Police’s overall property strategy which calls for us to have stations which are truly fit for purpose and in the right place.

“And it is part of our commitment to service delivery – providing the best possible service and giving members of the public the means to contact us in a way and at a time which best suits them.”

The launch of the 105 online and phone service, providing 24/7 access for reporting non-emergency matters, along with the new Police app launched last week are all part of this commitment.

The new Mahia Police station was opened for operation in mid-December, after a blessing by local kaumatua Papa Bill Blake (Ngāti Ronogomaiwahine).