Hawkes Bay App | Maulers manager has every right to be confident 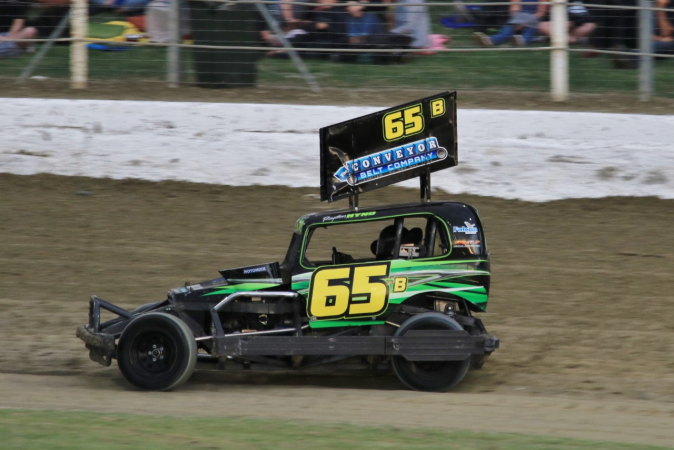 Maulers manager has every right to be confident

"There's no reason why our Maulers can't finish first, second and third in the championship," Powell said as he pondered the 39-strong field for the Loveridge Auto Electrical-sponsored event.

Powell had every right to be confident. A youthful Maulers line-up of captain Brandon Symes, Regan Penn, Cameron Smith, Gibson Tout and Roydon Hynd won a teams event, which also included Wellington and Palmerston North, in the capital last weekend.

Tout and Hynd were representing the Maulers for the first time.

"I only got called into the team on the Wednesday night when Daniel Melling withdrew," 21-year-old Hynd recalled.

A son of former superstock driver, the late John Hynd, Hynd, pointed out the Maulers are all good mates off the track and this was one of the reasons why they performed so well on it. He stepped up to the stockcar class after four years in the ministock ranks.

The driver of a six cylinder Falcon-powered car, Hynd, said he hopes to finish on the podium at Saturday night's meeting. He stressed the importance of the Meeanee-contracted drivers denying the visitors title glory.

Meeanee stockcar class rep Greg Zachan pointed out six Wellingtonians, one Gisborne driver and one Stratford driver were the visitors entered. Like Powell and Hynd, Zachan, said he would be disappointed if the locals allowed the title to leave the Bay like the Hawke's Bay superstock drivers did when their championship was staged on November 7.

Should meeting sponsor and defending champion, long-time Mauler Brett Loveridge, who was unavailable for last weekend's trip to Wellington, retain the title it will be the third time he has won it. He has to be considered a hot favourite.

Four heats will be raced to enable each driver to have three. Points accumulated over the three heats will determine the overall winner.