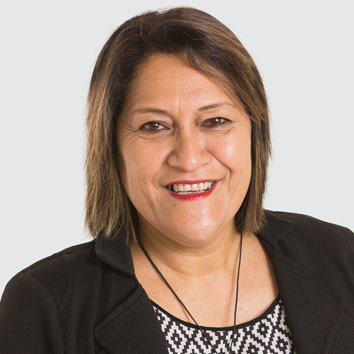 With more than 50 per cent of the vote already counted, Whaitiri leads by 3,577 with 7,260 votes. As of 9.25pm Maori Party candidate Heather Te Au-Skipworth, an elected member of the Hawke’s Bay District Health Board board, trailed behind with 3,683 votes.

Whaitiri told Hawke's Bay App from her home base in Gisbourne that she was taking time to reflect on their "grassroots campaign".

"The results to date are very pleasing but obviously we will really celebrate once we get to the end of the booth in terms of the total vote completed."

"At the moment, everyone's up and positive."

However, Whaitiri says the "key thing" for her is the party vote which is showing that "at this stage, Labour could govern alone".

"So very pleased with that result because we also ran a party vote, two ticks campaign across the electorate."

Te Au-Skipworth on the other hand said she was "feeling great... feeling good... feeling positive".

She believes "it's not over until it's over" as it "all depends on which areas they've sent in".

She is watching the results come in from the Tamatea Rugby & Sports Club.

"It's been a great journey and one of many learnings."