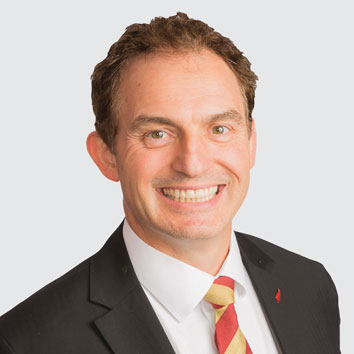 The two top candidates vying for the seat in the Napier electorate are anxiously awaiting the final result.

Napier's Labour candidate and incumbent Stuart Nash told Hawke's Bay App on his way to the Emporium Eatery & Bar at the Art Deco Masonic Hotel that he is feeling "nervous" and believes his opponent, National's Katie Nimon is a "good candidate".

"I'm always apprehensive. I've been in this game too long to count my chickens at all and so I don't believe anything until the final results come in."

He said he's not celebrating until he sees 95 per cent of the vote counted.

The party vote, which has Labour at 50.4 per cent with 16.5 per cent of the vote counted has him feeling "very happy".

Nimon, who is waiting for the final result at the Napier War Memorial told Hawke's Bay App she was "feeling good" despite having only seen "one glimpse of the votes". "Closer than I thought which is exciting".

Deborah Burnside of the New Conservatives and ACT’s Judy Kendall are also after the role of MP. Burnside has 400 votes, while Kendall has 359 votes.

The Green Party's James Crow is slightly ahead with 554 votes.

Also standing in the election are Independent candidates Ian Gaskin and John Smith who have 41 votes and 74 votes respectively.