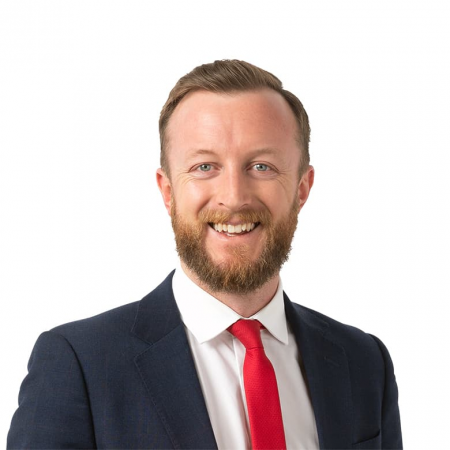 With 91.8 per cent of votes cast counted as of 10.20pm, Butterick sits more than 5000 votes behind Labour list MP Kieran McAnulty, who lost last election with 13,807 votes. McAnulty sits comfortably ahead with 19,090 votes.

"It's probably at this stage looking unlikely that we're going to catch that back up," he told Hawke's Bay App.

"What will be will be. We've done the best we could in the time we had and we will wait till its all over."

Butterick said he will give McAnulty a call "at some stage I would imagine".

"Regardless of the result, I would say I've been very very lucky. Not many people will get to experience and have the opportunity to represent your community and it's an incredibly humbling experience, it really is.

"As I've always said it's never been about me, it's about the community and I'm just extremely privileged to have the opportunity," he said.

While he didn't want to "use any excuses whatsoever", he said he had "limited time".

"I think if we're honest we got caught up with covid, selection was late but I make absolutely no excuses whatsoever. Look it is what it is ... All I'm focused on is doing the best we possibly can, myself and my team, and that's all you can do."

Butterick is joined by family, friends, volunteers and members in Masterton.

The New Zealand First Party's Ron Mark is in third place with 2802 votes.

Previously a National stronghold for the last few terms, the party vote in the electorate has also swung toward Labour, at 47.5 per cent, compared to National's 29.9 per cent.