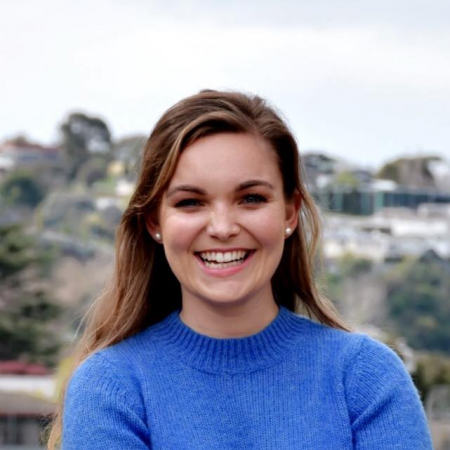 Katie Nimon will be back at her desk on Monday but do not be mistaken for thinking her tenure in politics is over.

The National newcomer, and general manager of her family’s business; Nimon Luxury Passenger Transport, has committed to the “long game”.

"I'm not going anywhere … It would be a shame to give up now", she said after conceding to Napier's Labour incumbent Stuart Nash.

However, it was a 695 reduction on his 5220 majority in 2017, over National candidate David Elliott.

The Labour Party also received a strong mandate from the electorate, with 50.1 per cent compared to National's 28.8 per cent - a switch of the 2017 result which saw voters choose a Labour candidate but give National the party vote in the electorate.

“I feel more heartbroken for the rest of my team to be honest because I have had a really good result respectively in terms of the fact that I've got more votes than our party vote and that's quite good,” Nimon said.

“But you know what we closed the gap and if you look at the fact that Nash only got what his party got and I got about 3000 more votes than my party vote, it shows that the region is there to support me in comparison to the party.”

She said: “Nash aligns with the Labour Party support” but her support “is more than that”.

"Feeling really good about the progress we’ve made locally, and what we contributed to the party vote as well. It was a disappointing result for the team, but we have to get on with the job at hand. We’ve given our supporters something to hold on too and laid a great foundation for 2023.”

Reflecting on Labour’s dominance all around the country, Nimon said it is “really sad”.

“We've had some really strong seats lost to Labour and that kind of breaks my heart because the team has worked really hard for those seats and it's not paid off.”

Some of the seats they lost “weren't necessarily high-ranking MPs” and some of them are not going back to Parliament, she said.

“if you look at the hard work that Lawrence put in for Tukituki that's not good. And we've lost the entire East Coast; we've lost East Coast itself, Napier we didn't have but we didn't win it, Tukituki we've lost, and we've lost Wairarapa and I mean we were seeing all of that turn into pines.”

“National had a real plan to stop that going into carbon farming and we don't have that anymore so that does worry me a lot.”

While she admits it is “hard to see”, she says it is important to “see what happens” in the next three years.

However, in the meantime, she will go back to her job.

“I love my job so it's nothing but a joy for me to go back and keep doing that. But it's been really lucky in a way that we've been quite quiet lately, so I've been able to commit more time.”

The next three years enable her to “sure up a plan for succession” in her family’s business.

“I was kind of caught off guard with the selection this year and you know we would have made it work regardless but it gives me a really good chance to make sure that we have a strong plan in place for when I go to Parliament eventually - you know hopefully in the next three years.

“For now, I’ll go back to my desk, catch up on emails, and start planning for the next election. Lots of thank you cards to write too.”

On the other hand, Nash was ecstatic with both his and his party’s victories.

“It’s very exciting and when you look at what’s happened around the country, it is astounding. When you think that we have won back East Coast, Tukituki, Wairarapa, Nelson, Whanganui, Invercargill, and we've won seats like Rangitata - goodness me this is it's an astounding victory.”

He believes the result is due to the fact people “bought into the vision” Labour put forward.

“I think that people wanted a leader who was inclusive and compassionate as Jacinda was and I also think that they wanted stability which is what we were offering.

“And you know obviously, Jacinda was fantastic but behind Jacinda is a very good and now an experienced team that's ready to govern for another three years.”

Nash, who was first elected as the Labour MP for Napier in 2014, held the Ministerial portfolios of Police, Revenue, Fisheries and Small Business following the 2017 General Election.  He says his Ministerial Portfolios are "in the hands of the Prime Minister".

"I've really enjoyed being in Cabinet for the last three years and I would love to continue being in Cabinet because there is a lot more work to do and I love my portfolios but I'm keen to do whatever the Prime Minister would like me to do."

“I also really would like to say thank you to the people of Napier for showing confidence in me as their local MP and I will commit to continue to work incredibly hard to represent them in Parliament, in government and hopefully around the Cabinet table.”