Eight-year-old takes passion for biodiversity in his stride

At just eight years old, George Fisher already understands the importance of biodiversity and the environment and is taking it in his stride to make a difference.

He has set the ambitious goal of running every trail on Te Mata Peak – about 19km long and more than 1km of vertical gain – in an effort to raise money for native trees to be planted in the area.

And despite the run, planned for Sunday, April 11, still several days away, he has already raised more than $570 – enough to donate at least 57 plants to the Te Mata Peak Trust.

While George has always been passionate about running and nature, the idea came after he and his parents; Mark Fisher and Nicole Sattler, ran the Outfoxed Backyard Ultra in Te Awanga last year. Funds raised went to planting native trees on the 400-hectare coastal farm.

“Ever since then, George wanted to do something to do with native trees and getting more planted, so we had a bit of a brainstorm about ideas, and he thought about putting on an event and different things like that, but then we sort of came up with this one, where he'd do his own challenge, and get people to sponsor him,” Nicole said.

Biodiversity Hawke's Bay general manager Debbie Monahan said it was heartening to see someone of George’s age doing his bit to protect, preserve and enhance the native biodiversity of Te Mata Park.

“Biodiversity Hawke’s Bay, Te Mata Park and all other community groups appreciate the effort he has made, and it demonstrates that one person can make a difference.”

As frequent visitors to the park, George felt it fitting to focus his efforts there. “They were the first people I knew about apart from Outfoxed.”

Being homeschooled has also allowed him and his parents to nurture his love for the environment. Once a week he goes to Nature Connect which provides education programs for children, and he has recently completed Earth School by TEDEd – a series of videos exploring the environment.

“I just like anything to do with the environment,” George says.

“I like spotting electric cars when we're out and about and we do bush walks and I like seeing all the native trees and stuff like that, and I also wanted to raise money for native trees, so thought I'd do this. And mum told me that I can do this.” 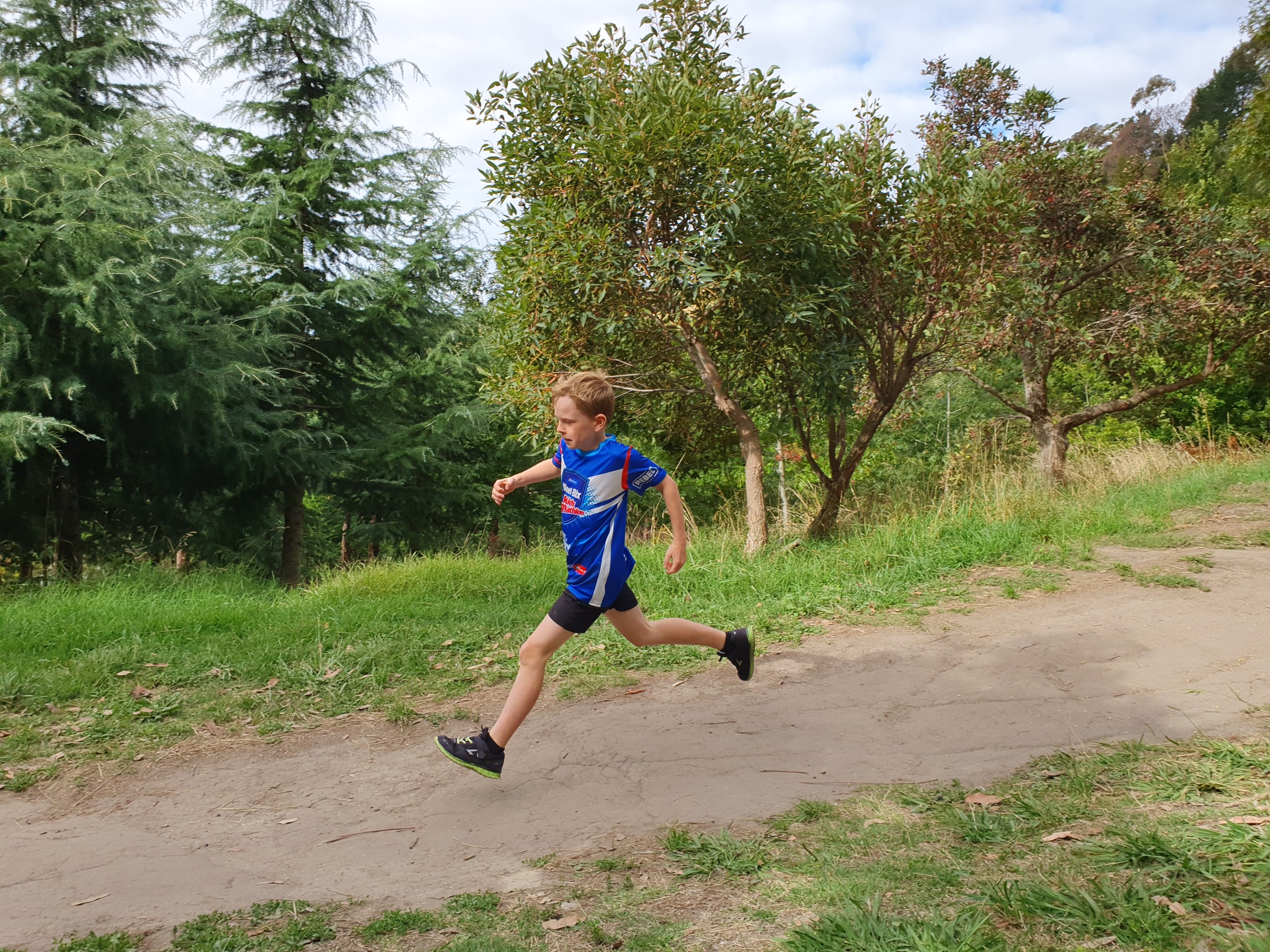 In preparation, he has been running 5km as part of the Napier Harriers Tuesday Tune-Up, as well as their local Parkrun. Just the other day, he clocked 15km.

On the day, he will be running with his parents. While he would like people to come and support him along the trails, he says he will be doing it regardless of who turns up.

“I just want to raise as much money as I can.”

His parents are proud of him for following his passion. “I think there’s going to be a whole grove in Te Mata Peak thanks to George,” Mark said.

Although he does not know what his next project will be, he hopes what he is doing now will inspire people to do something for the environment, no matter how big or small.

“There are a lot of simple things people can do to be nice to the environment. People can use electric cars as they don’t pollute the environment or walk or bike more. Or even just picking up rubbish.”

George will begin running at 9am on April 11. For more information and to donate visit: https://givealittle.co.nz/fundraiser/georges-te-mata-peak-run-for-native-trees