A fire at a workshop behind a Havelock North service station could have been a lot worse if it had not been for the quick response by firefighters and the mechanic onsite, Fire and Emergency New Zealand Hawke's Bay Assistant Area Commander Glen Varcoe says.

Hawke's Bay Assistant Area Commander Glen Varcoe says it could have been a lot worse if it had not been for the quick response by firefighters and the mechanic onsite. Crews from the Havelock North Fire Brigade, about 600 metres away, arrived on the scene "pretty quick" and had the well-involved fire under control and contained to the workshop within half an hour.

"They [firefighters] did a good job of containing it to the workshop because it could have easily spread through the workshop and into the service station part as well," he said.

However, there was added risk, with a mobile oxyacetylene plant, which has both an oxygen and acetylene tank and is a general piece of equipment in a workshop, on-site. "They had the fire well under control and then they were dampening down and managing the risk of the oxyacetylene plant which takes a little bit longer to manage to ensure we can hand it over in a safe capacity."

Just as the fire started, Varcoe says the mechanic was able to remove some cars from the workshop to prevent the spread of fire. "We're not one hundred per cent certain on what happened, but it was a car that was getting decommissioned to go to the scrap merchants and it seems that the fuel tank ignited accidentally."

He said the car at the heart of the fire was damaged beyond repair, as was "probably half the workshop".

"There was probably a couple of surrounding cars that were affected by fire, but he removed a couple of cars from the workshop and that allowed a little bit of separation from the cars on fire and I think there was another two in the workshop at the other end that don't seem to be damaged too much by fire, but definitely by smoke and water."

Brenda Durbin was in the McDonald's Havelock North Drive-Thru when the incident unfolded. After paying for their meal, she noticed some "popping sounds and a bang". "I turned to look and yelled to my friend to look as smoke was pouring from the top of the building. We just panicked and tried to leave the drive-thru as fast as we could due to it being so close," she said.

"There was a lot of popping and what sounded like glass breaking with the occasional boom." She credited the firefighters along with the staff of Mobil and McDonald's for their bravery.

Another witness, who did not wish to be named, had just paid for petrol at the service station when the siren sounded. "I was there for under a minute when a guy came out [of the workshop] carrying a container on a stand, and it was on fire, and he said: 'this isn’t my lucky day'."

"It was scary because you think fire plus petrol could get bad." 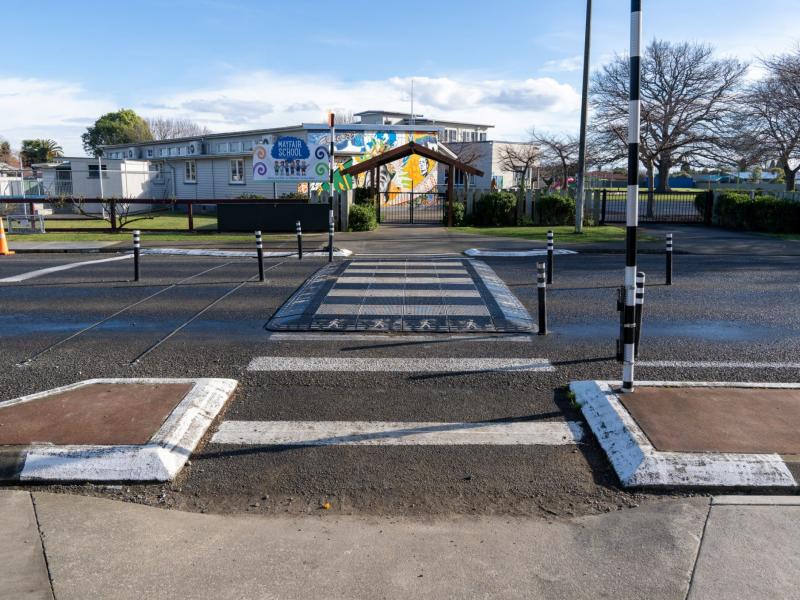