"This is high-risk behaviour that is not tolerated": Hawke's Bay police target illegal street racing

Overnight, six vehicles were impounded, three people were processed for excess breath alcohol, and numerous vehicles were ordered off the road as defective or unsafe at a number of gatherings across the region.

Eastern District Police Road Policing Coordinator Senior Sergeant Craig Ellison says that offending drivers are often surprised when police turn up on their doorstep to take their vehicles because they think they have gotten away with it.

“I hope it gets the message across that anti-social road user behaviour won’t be tolerated and that police will thoroughly investigate offences and take enforcement action. 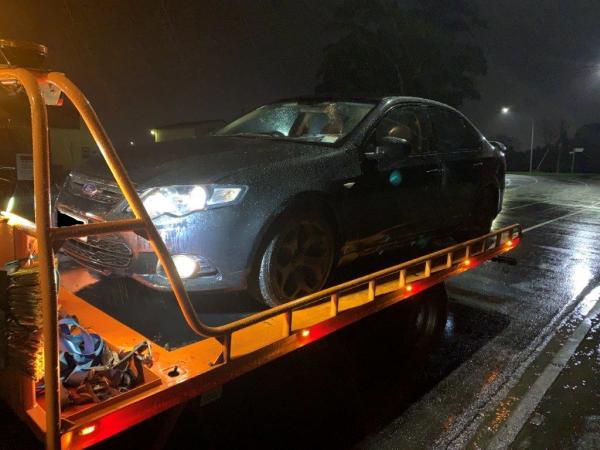 One of six vehicles to be impounded by police for illegal activity on the roads of Hawke's Bay last night. Photo/Supplied.

Evidence was gathered for follow-up and Police are now working to identify additional offending vehicles and drivers.

“The public don't always see us doing this work, but we invest heavily in holding drivers to account when the evidence is available.”

Ellison says the aim is to disrupt and deter those committing these offences, and ensure our roads are safe for every member of the community using them.

“If you’re going to use your vehicle to put the safety of others at risk or cause damage to our roads then police will step in and take your vehicle from you.

“This is high risk behaviour that is not tolerated and we want to assure the public we will hold offenders involved to account."

He thanked local residents and businesses for their support during the operation and the ongoing investigation.

If you have any information, video or photographs of incidents that could assist the police in identifying those involved, contact police on 105 and quote event number P050959200.

People can also report crimes anonymously through Crime Stoppers on 0800 555 111.