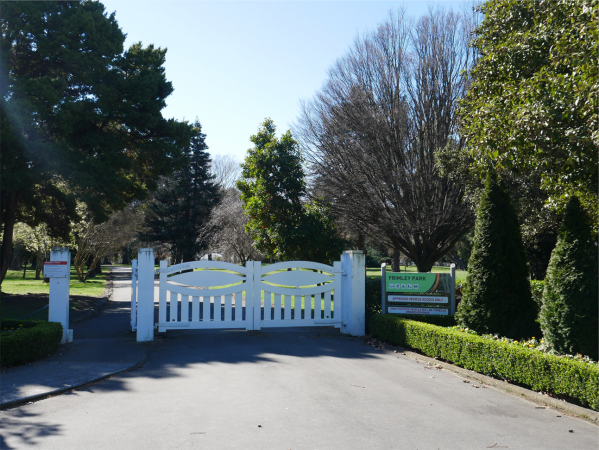 An agreement has been reached between Hastings District Council, Frimley resident Frances Shotter and the Friends of Frimley Park group that will see work on a water treatment and storage facility on Frimley Park proceed and the remainder of the Park protected for future generations.

Today Council approved a Reserve designation for Frimley Park; the bulk of it as Recreation Reserve and the 1.2-hectare area to be used for water infrastructure as Local Purpose Reserve.

During public consultation on the siting of the water facility, Mrs Shotter and the friends group raised concerns that the Park was not protected against further infrastructure being built on it.

Hastings mayor Sandra Hazlehurst said the Council shared those concerns and agreed with Mrs Shotter that the Park should be formally protected.

“We have had constructive discussions with Mrs Shotter and, through her, the Friends of Frimley Park, and agreed a way forward that focuses on delivering safe drinking water while also protecting the Park’s main values,” she said.

“This gives long-term protection to a Park that we know is held in very high regard by both Hastings residents and Council.”

The Council has also brought forward its date for removing maintenance sheds from the park and reinstating that 0.2-hectares back into public space. That work would be completed within two years.

The parties have agreed that no further legal action against the project will be taken.

Mrs Shotter said she was very pleased that the Park now had long-term protection and its values are preserved for future generations. “It is a fitting step in honouring Elsie Williams’ wonderful legacy of this parkland to the City.” Mrs Shotter thanked the Mayor for her leadership in reaching a resolution.