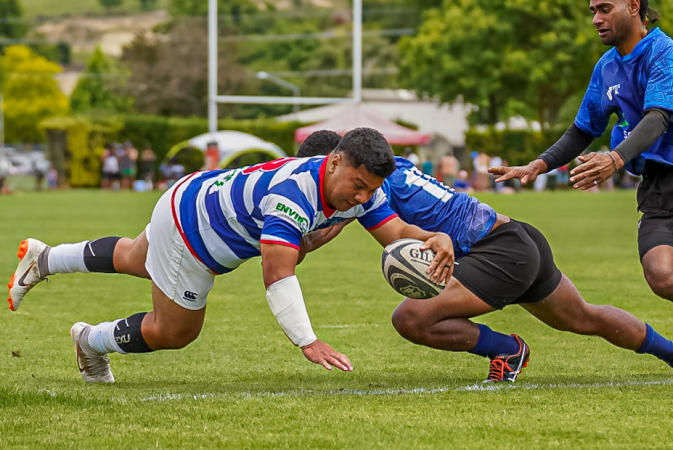 Crikey ... it must have been the fact there was free entry for the Magpies Mitre 10 Cup semifinal at Napier's McLean Park last night.

Two visiting teams made the men's final of the annual Napier Old Boys Marist Invitation Sevens tournament at Napier's Park Island yesterday which kicked off 20 minutes before the Magpies clash.

Whanganui's Ngamatapouri, who are regular visitors to the February Hawke's Bay Sevens tournament in Waipukurau, pipped Rotorua Fiji 10-7 in the final of the 14-team men's division.

"It was a highly competitive day with lots of close matches. But you could tell the local teams were keen to get to McLean Park for the Magpies game," tournament organiser and NOBM coach Ellery Wilson said.

The top team from each of the four pools qualified for the semifinals which saw Ngamatapouri beat Havelock North and Rotorua Fiji beat Napier Pirates Rugby and Sports.

Wilson said Hastings Boys' High School loosie Cooper Flanders, who will be a Year 13 student next year, was outstanding for Havelock North.

The younger brother of Hurricanes and Magpies loosie Devan Flanders could have played in the nine-team colts grade but opted for the men's grade.

Wilson pointed out Tamatea beat Pirates in pool play but Pirates qualified for the semifinals by one bonus point. Defending champions MAC were pipped by Ngamatapouri in pool play.

Havelock North were beaten by hosts Napier Old Boys Marist in pool play but the villagers reached the semifinals with a better points differential.

Feilding High School won a second consecutive colts title when they beat Tamatea in the final.