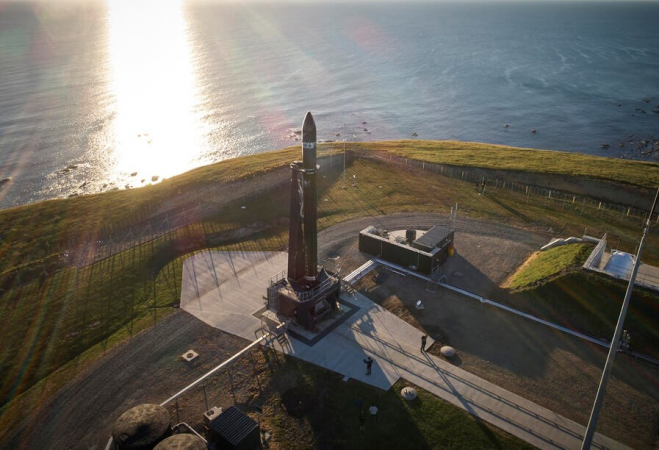 For the first time, Rocket Lab will attempt to recover part of its Electron rocket when the mission launches from the Mahia Peninsula this afternoon.

Rocket Lab’s founder and chief executive Peter Beck said the company hopes to bring Electron's first stage back to Earth under a parachute system for a controlled water landing before it is collected by a company vessel.

The space company’s ‘Return to Sender’ mission is due to lift off from its launch site on the M&#257;hia Peninsula between 2.44pm and 5.34pm, but the launch window is open until November 30 if it doesn't go ahead this afternoon.

Beck said the mission will be the first time Rocket Lab has attempted to recover a stage after launch and is a major milestone in Rocket Lab’s pursuit to make Electron a reusable rocket to support an increased launch cadence for small satellite missions.

It will be Rocket Lab’s 16th launch using an 18-metre Electron rocket, and the first attempt to bring the rocket’s first stage back from space.

“Recovering the first stage of a small launch vehicle is uncharted territory. What we’re trying to achieve with Electron is an incredibly difficult and complex challenge, but one we’re willing to pursue to further boost launch cadence and deliver even more frequent launch opportunities to small satellite operators,” Beck said.

“Bringing a whole first stage back intact is the ultimate goal, but success for this mission is really about gaining more data, particularly on the drogue and parachute deployment system. Regardless of the condition the stage comes back in, we’ll learn a great deal from this test and use it to iterate forward for the next attempt.”

Several minutes after the launch, Electron’s first and second stages will separate at an altitude of about 80 kilometres. The first stage will return to Earth with the help of a parachute and the second stage, containing customers’ satellites inside a component called Kick Stage, will continue up into orbit 500km above the planet.

About 13 minutes after lift-off, the first stage is expected to splash down several hundred kilometres out to sea off New Zealand, where it will be picked up by a recovery crew in a boat.

Work on Rocket Lab’s recovery program began in early 2019 and the ‘Return to Sender’ recovery attempt follows a series of successful tests of recovery and hardware systems over the past 18 months.

These include a successful mid-air recovery capture of a test rocket stage by a helicopter; successful drogue and main parachute deployment tests in subsequent mock stage exercises dropped at altitude; and successfully guided re-entries of the Electron’s first stage across two real missions in December 2019 and January 2020 respectively.

Following the outcome of this attempt, the final phase of Rocket Lab’s recovery program will be to capture Electron’s first stage mid-air by helicopter before the stage is returned to Rocket Lab production complexes for refurbishment and relaunch.

If Rocket Lab’s recovery program is successful, Electron would become the first and only reusable orbital-class small launch system in operation.