Talk about a cruel result.

"Considering we were without three experienced players we played pretty well until the last 10 to 15 minutes."

Wall was referring to the fact fellow midfielder Liam Schofield was serving a one-match suspension and strikers Josh Stevenson and Cam Emerson were both on the injured list.

A Havelock North High School Year 13 student, Wall, was the Rovers player-of-the-match. He pointed out he had plenty of petrol in the tank after his school's 1st XI match scheduled for Friday night was postponed.

"Olympic and Miramar Rangers are the toughest teams I've played against and apart from that goal we let in I was happy with my game today," Wall said.

A collision between Wall and Rovers keeper Oscar Mason allowed Gianni Bouzoukis to score Olympic's second goal in the 73rd minute. After a scoreless first half Olympic opened the scoring in the 62nd minute when captain Ben Mata succeeded with an attempt from the penalty spot.

Tor Davenport-Petersen scored the visitor's final goal in the 75th minute after some quick passing proved too much for the Blues tiring defence. Mason again made some outstanding saves and considering Olympic had 16 shots at goal, 11 more than Rovers, he had to be happy with his efforts. 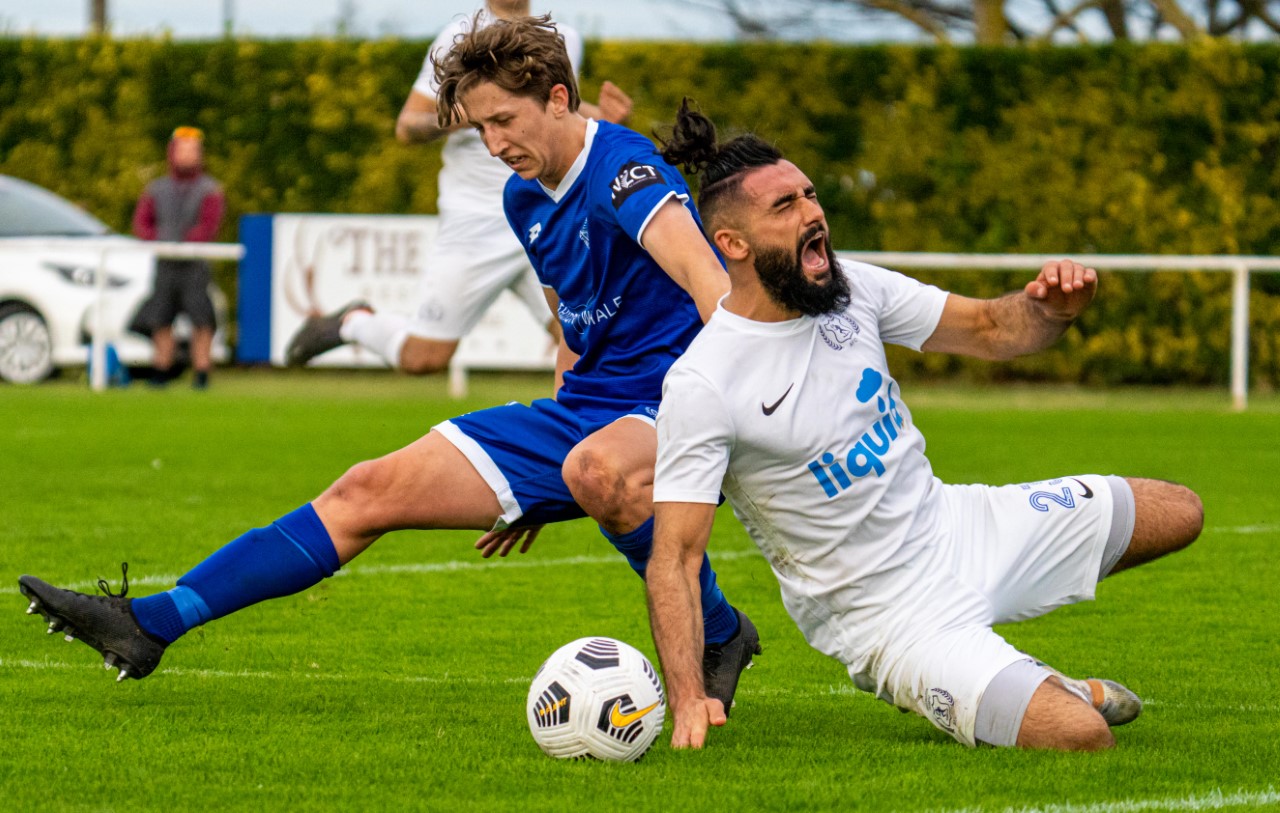 Player-coach Bill Robertson and fellow defenders, captain Jim Hoyle, Fergus Neil and Isaac Belcher operated well for long periods. Zac Madsen (pictured above) and fellow forwards Ben Wade and Kaelin Nguyen used their gas to beat the Olympic defence but far too often were too hesitant to pull the trigger after opportunities were created.

There was plenty of applause when Mason saved attempts from former Rovers striker Kailan Gould in the 29th and 82nd minutes.

Former Hawke's Bay United midfielder Sam Pickering had his first match of the season for the Blues after transferring from Petone for the remainder of the competition. Sixth placed Rovers have an away match against ninth placed Petone on Saturday and this is a must-win game if the Blues are to keep their faint hopes of securing a berth in next summer's new-look National League alive.