All three of us in the media box at last night's Meeanee-hosted North Island Super Saloon Championship predicted Bay of Plenty's 2NZ Chris Cowling to be on the podium.

Cowling (pictured above, photo John Faulkner), who won the North Island title two seasons ago, always performs well at Meeanee. In 2019 he won two consecutive 30 lappers on consecutive nights at the venue as he won the New Zealand Grand Prix title at one meeting and took the lead in the Burger King Series at the other.

With a first from grid one and third from grid 12 in his heats of last night's 18-car Onekawa Metal Recyclers-sponsored Championship, Cowling, secured pole for the 25-lap winner takes all final. Although Hawke's Bay driver and meeting sponsor, Grahame Strong, had the early lead Cowling hit the front on the ninth lap and didn't relinquish it in the remainder of the race which didn't require any cautions.

Cowling praised the track crew for presenting the field with an ideal track. Hawke's Bay's Steve Flynn, who has yet to win the North Island title in 27 years of racing, secured second place from grid four, Mount Maunganui's Scott Hayward was third from grid five and defending champion Sam Waddell of Mount Maunganui was fourth from grid eight. 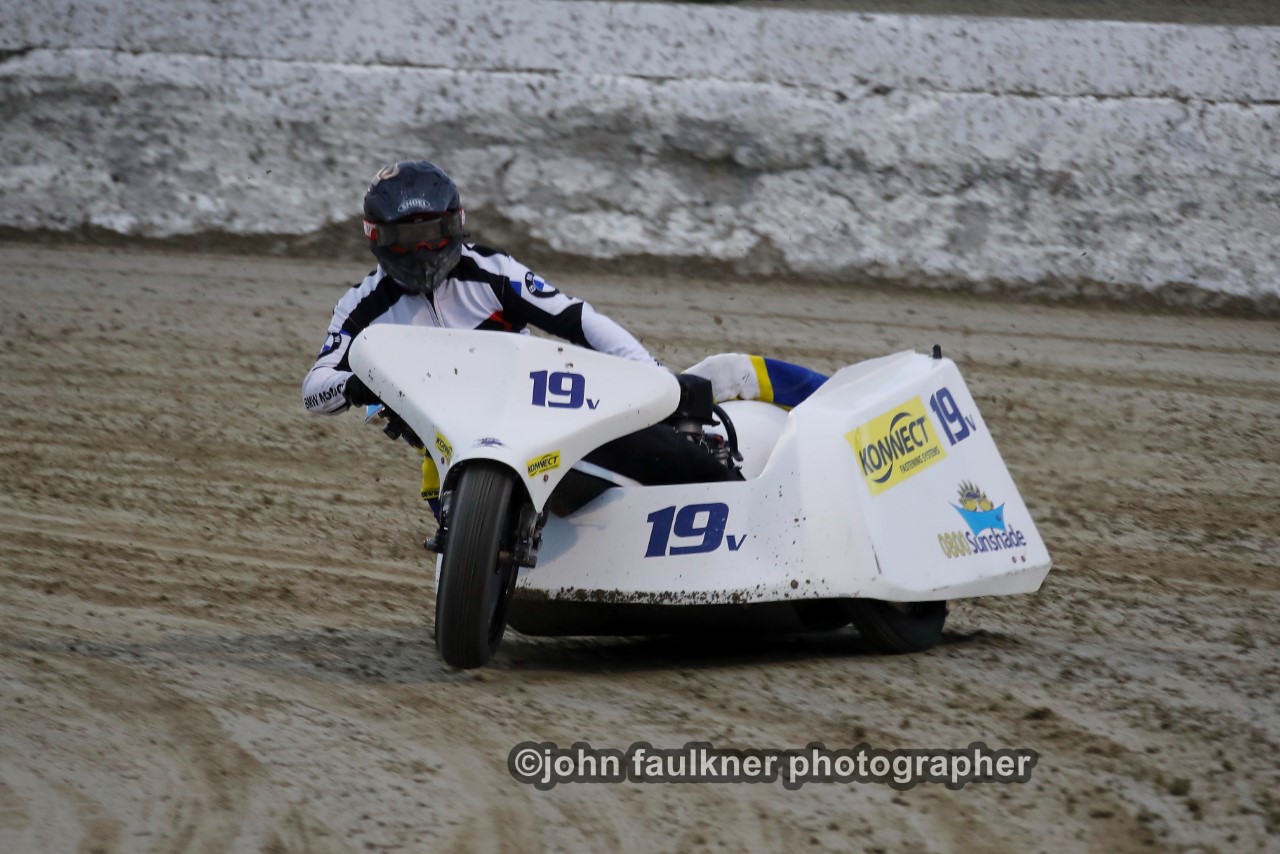 Another Hawke's Bay crew of Justin Lincoln and George Olsen finished a further three points behind in third place. Initially fans were told there was going to be a run off for the title but when the Auckland crew of Peter Adams and Jason Hira had their points excluded from the championship final for excessive contact Hannon was promoted to second place and that gave him 14 points out of a possible 15 in the championship.

The Tony MacIntosh Memorial Trophy was up for grabs in the 10-car superstock class. Two second placings and a third saw Hawke's Bay's Thomas Stanaway collect it.

The Pam Gibson Memorial Trophy was up for grabs in the first heat for the 18-strong streetstock class. Former 3NZ Brent Redington had a convincing win.

Redington also won the second heat and his clubmate Dave "The Sheriff" Brand took out the feature.