A fifth-season driver in the stockcar class, Penn, 21, won the 24-car East Coast championship with two firsts and a top-six finish at Meeanee Speedway on Saturday night.

"I sorted out some issues with the car and it went pretty well," Penn recalled.

The apprentice automotive technician with Euro City won the first heat from grid three and the second from grid 15. Although the electronic lap scoring system wasn't working on the night Penn (pictured above, photos John Faulkner) was told he had a top-six finish in his third heat.

While it was a tame championship compared with the brutal two-night New Zealand championship at Meeanee in January Meeanee Maulers captain Brett Loveridge produced some stirring. There were no visitors in the field and Grant Hollyman and Caleb Ireland finished second and third respectively.

Five visitors were in the 12-car Hawke's Bay Super Saloon Championship. But they were unable to prevent a host-track quinella. 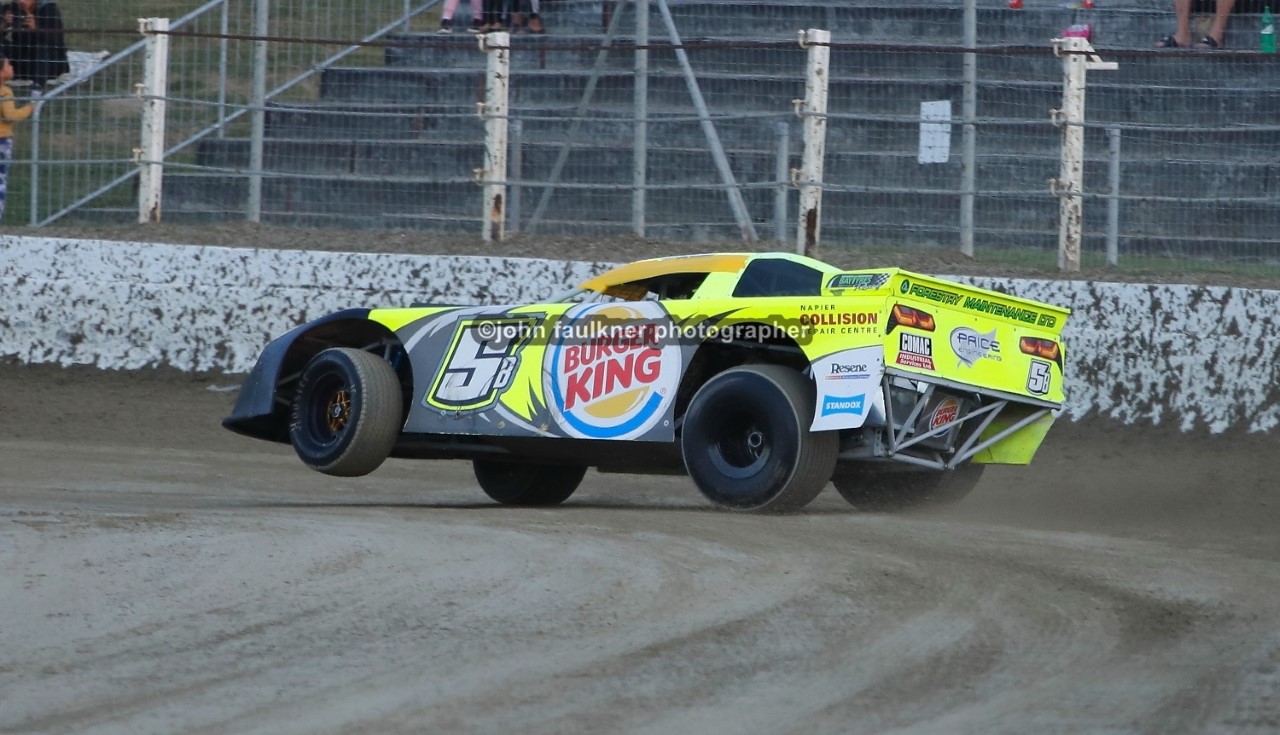 A six-rider East Coast Solo Bike Championship was the other feature attraction. Hawke's Bay-contracted 11-time Auckland champion Nathan Murray lead all the way in the final to capture the title. It was a remarkable change in fortunes for Murray who crashed in his first heat and withdrew from the second with a broken footrest.

Murray's clubmate Jason McKay was second and Aucklander Billy Graham pipped host-track veteran Darrin Wilson for third. Wilson's son and multiple national champion Bradley Wilson-Dean won the first two heats but damaged his bike when he crashed in his third heat and was unable to race in the final.

Meanwhile Covid-19 alert level two restrictions have forced the postponement of the North Island TQ Championship which was to be staged at Meeanee this Saturday night. The next meeting at Meeanee is scheduled for March 13 providing the alert level drops.