The 30-year-old Taradale Federation League team's player-coach sees the selection as another step towards her long-term goal of a coaching role with a national side. Whenever a New Zealand Football Ferns, U20s or U17s team is selected it must have a female on the coaching staff.

An OFC/NZF C License holder, Heywood (pictured below playing for her Taradale club), is working towards her B License and hopes to have it early next year and this will make her eligible for the national team coaching roles. During the programme, she will attend a national camp in Auckland and one of the three mentors will also spend time with Heywood when she is coaching in the Bay. 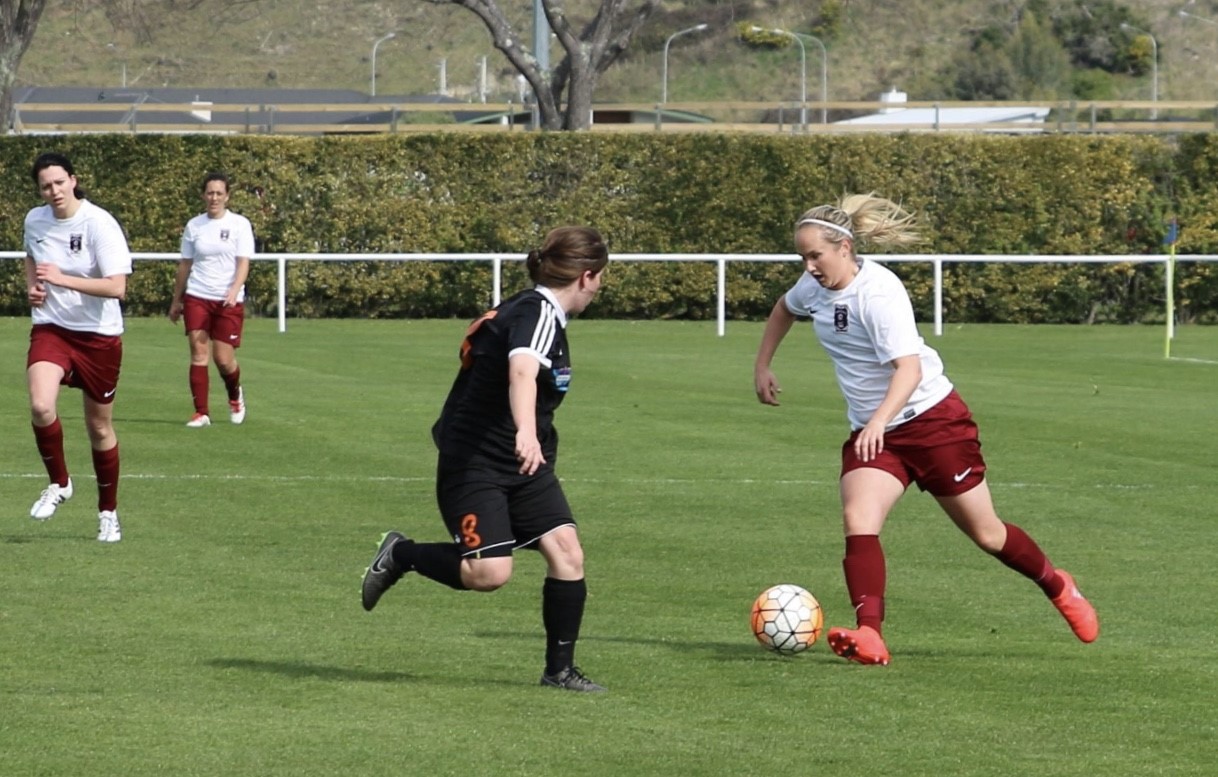 “It’s fantastic that the group comes from a diverse range of backgrounds within football. It shows that there is no single way to get involved in coaching, which is really important to demonstrate.

“It’s an opportunity to develop key leaders in the women’s game who can then go on to educate, mentor and inspire the next generation of females looking to take up coaching.”

Heywood's Taradale club is the only one in the Bay with three women's teams and the Bay's only club with a Federation League women's team. Taradale were inaugural winners of the League in 2018, finished second in 2019 and third last year.

Heywood broke her leg when playing futsal three years ago and although she hasn't fully recovered from the injury she will again play striker this year.

"We've got a young team this year and we're looking to develop them and have them for at least three years," Heywood explained.

"It's hard when players head off to university. We've also got mothers with 9 to 5 jobs who find it tough to fit in trainings but we cope," Heywood said.

She singled out Napier Girls' High School Year 10 student and midfielder Isla Cleall-Harding as a player with enormous potential. Heywood also coaches her in futsal.