Halfback Connor McLeod is the first to admit life is good behind the dominant Hastings Rugby and Sports forward pack in Hawke's Bay's premier club competition.

"I didn't have a pack like that down south. Our Varsity side contained the smaller boys in the Otago club competition," explained the 2019 Otago representative who made seven first class appearances for the Magpies last year.

McLeod, 23, agreed it was crucial his pack continued to dominate if the Hastings side is going to win today's Nash Cup final against Taradale Rugby and Sports at Elwood Park.

"Everything starts up front. Taradale gave us our toughest game earlier in the comp and we have to front up again."

While the 2018 and '19 New Zealand Universities rep is impressing with his slick distribution his goalkicking is more than handy too. Although McLeod (pictured above) was far from happy with his one success from four attempts in last weekend's win against Clive.

"It was one of those days but probably better to happen then than in the final," McLeod said.

In addition to Magpies head coach Mark Ozich, McLeod, also receives goalkicking tips from his father Ross McLeod who scored 188 points for the Magpies between 1988 and 1995.

With Highlander Folau Fakatava out for the season and All Black and Chiefs halfback Brad Weber likely to be with the national squad most of the winter McLeod knows there is a good chance he can be the Magpies starting halfback this year.

"There is a lot of footy to go before then. It's important I focus on one game at a time and see what happens. I'm gutted for Folau. He would have been an All Black this year but he will be back," McLeod said.

A health insurance worker with the Maurice Trapp Group, McLeod, is looking forward to his club hosting the final.

"The home crowd has a few beers and creates a good atmosphere. They're never short of tips." 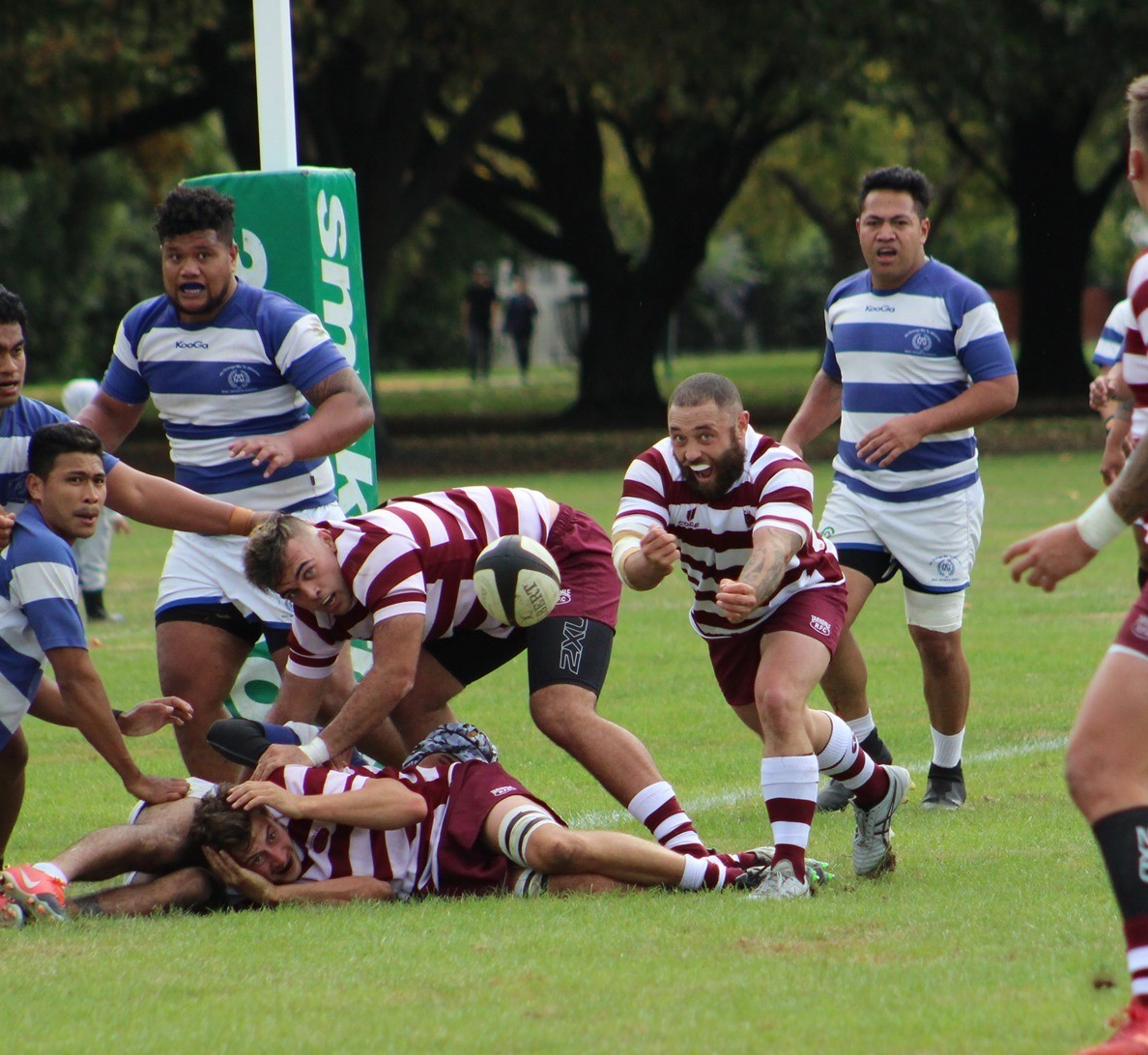 With Taradale's regular starting halfback Humphrey Sheild out of action with a shoulder injury McLeod will be marking Karl Hewitt (pictured above).

Taradale co-coach Tim Combs pointed out there is little between Sheild and Hewitt.

"Karl has played more than 100 games for our side and is the cornerstone of our team. He always puts the team first and despite being a policeman for the last few years always fits his trainings around his work."

Magpies hooker and regular Hastings Rugby and Sports No 8 Jacob Devery is likely to miss the match. He has an infected calf after being bitten by a spider.

Magpies winger Mason Emerson, who has been playing in the Hastings midfield, has yet to recover from a head knock collected in his team's 25-15 win against Taradale a fortnight ago. Fellow midfielder, Danny Toala, who scored two tries in that match, has returned to Hurricanes duty.

In addition to Sheild, Taradale Rugby and Sports, will miss the services of locks Angelo Mufana and Jacob Ward who are also on the injured list.
Expect a close encounter and a three-point victory to the hosts.