Meeanee Maulers stockcar team manager Andrew Powell saluted the self belief within his squad after they won the Peter Barry Memorial Teams event which ended at Meeanee last night.

The nine-team event was staged in memory of popular Central Hawke's Bay businessman and farmer, Peter Barry, who died after being injured at the 2009 ENZED Superstock Teams Champs in Palmerston North. It was the first time the Maulers had won it since the 2013-14 season.

Brett Loveridge was the only member of this weekend's team remaining from the 2013-14 team. Other members of the team (pictured above celebrating on their victory lap, photos John Faulkner) were Regan Penn, Cameron Swift, Hayden Hart, Gibson Tout and reserve Daniel Melling.

Hart was a member of the Auckland Alleycats team which won the title in 2019. The event wasn't staged last year because of the Covid-19 pandemic restrictions.

Hart secured the win in the Maulers first across the line 12-lap semifinal against the Gisborne Gladiators. Loveridge shoved Nigel Hazelton up the wall on lap four and by lap five former Mauler Mike McLachlan was the only driver circulating for the Gladiators.

The other semifinal saw the Whanganui Vulcans beat the Palmerston North Pumas. In the final Penn secured the win for the Maulers.

"This is a special night for our young fellahs. None of them intend moving up to the superstock ranks and with some of the blokes in the Orange Roughies keen to race for the Maulers next year we will have a good squad to pick from," Powell explained.

He heaped kudos on Tout who never got a drive in any of the four races during the weekend.

"Gibson was the ultimate team player. While he was ready to race he told me everything were working so well with the top four he didn't want to change things."

The Maulers also retained the Rees Shield for the weekend after taking it off the Wellington Young Guns on Saturday night and retaining it in both of their races last night. 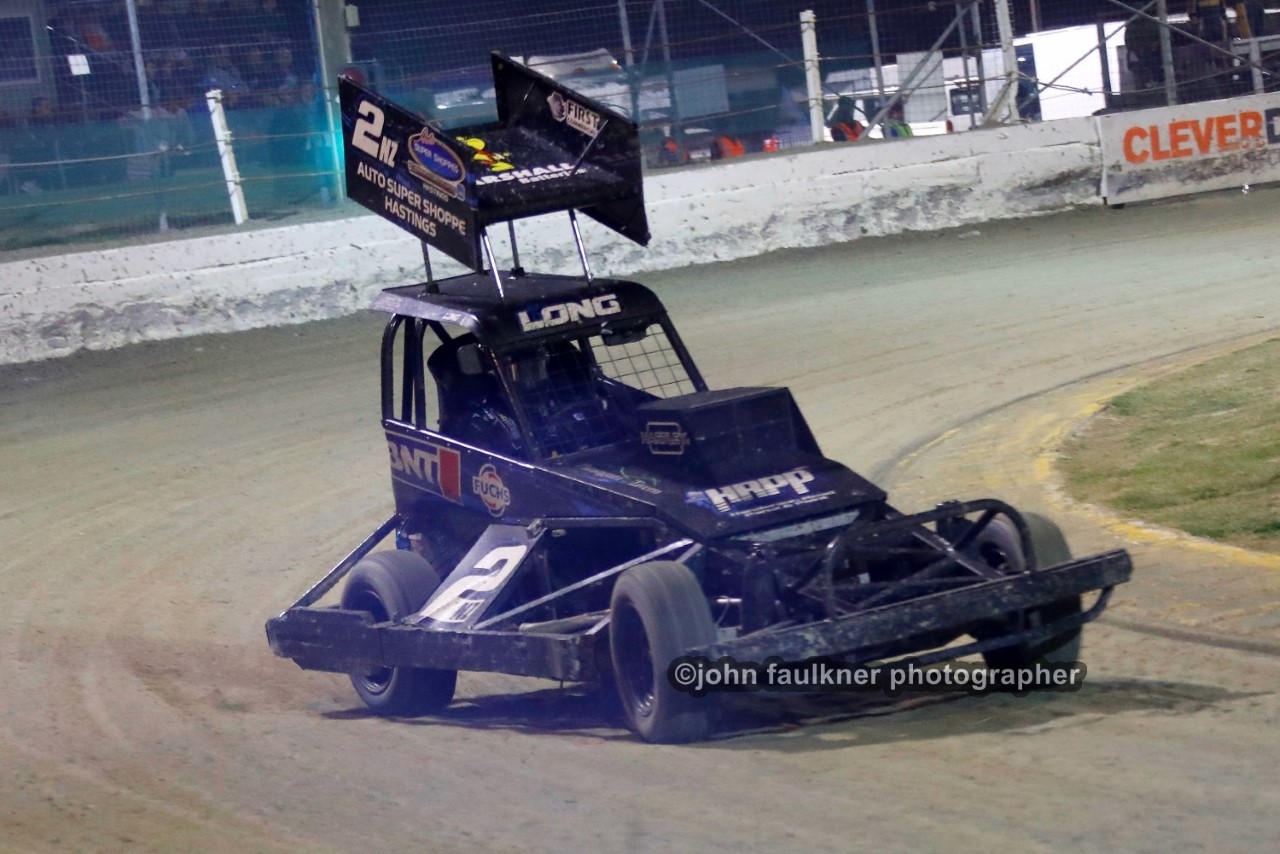 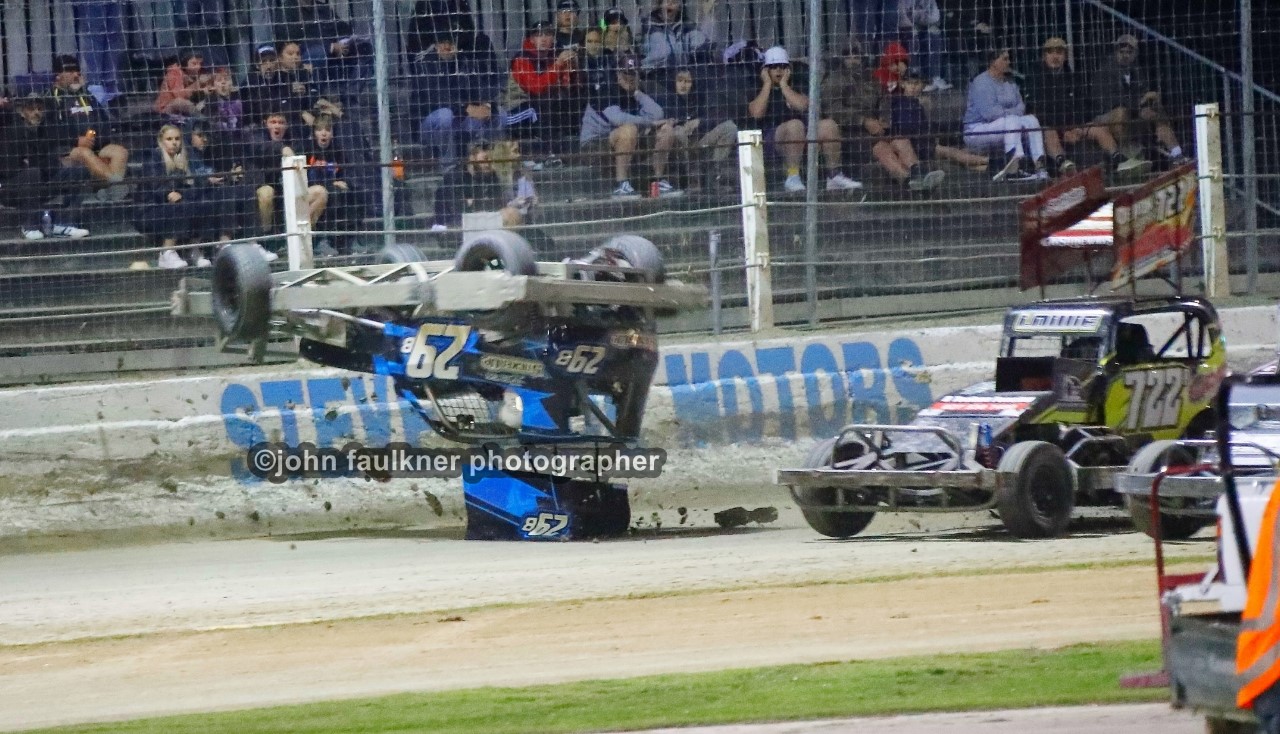 Long's Hawke's Bay clubmates produced some superb blocking on the visiting drivers who were a threat to Long's title quest. Long's clubmate Matt Demanser (pictured above) had a spectacular roll in the third heat. 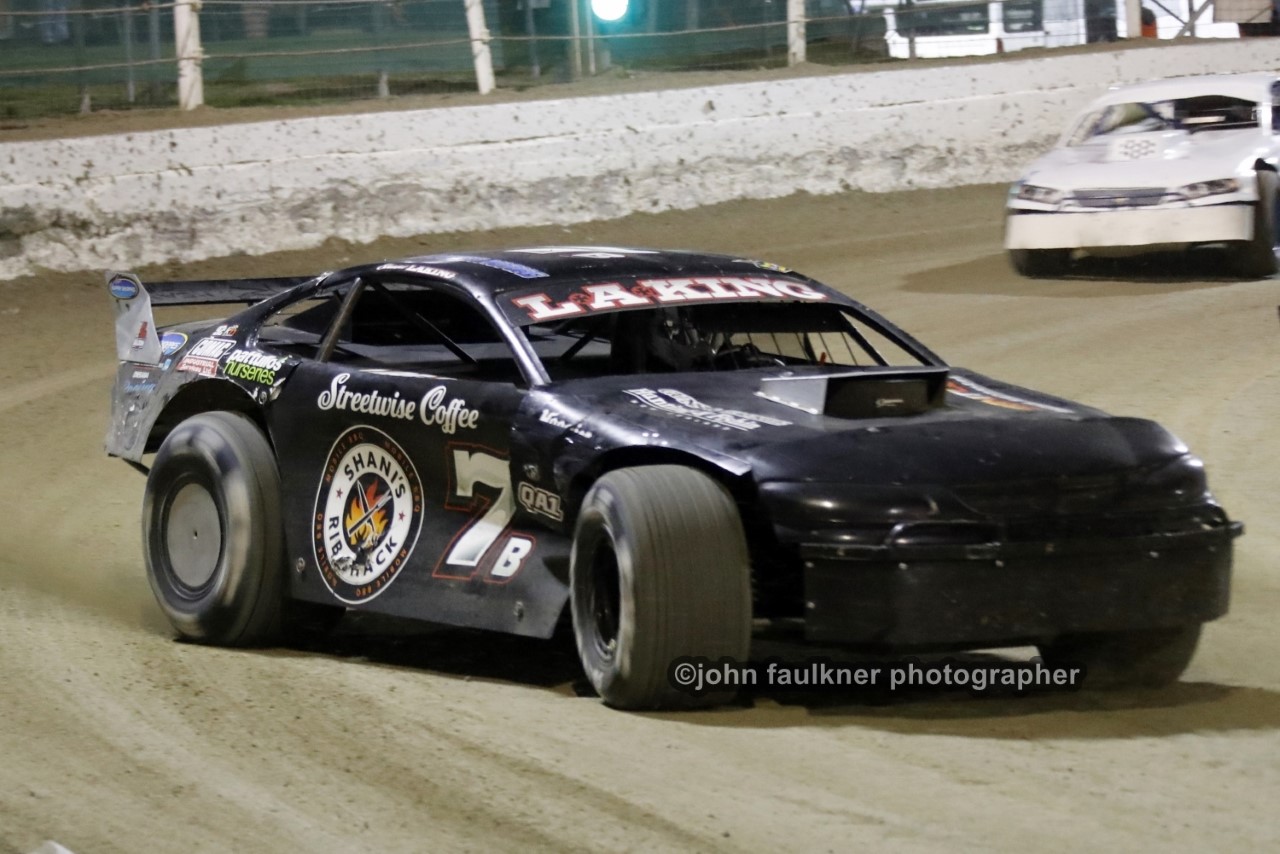 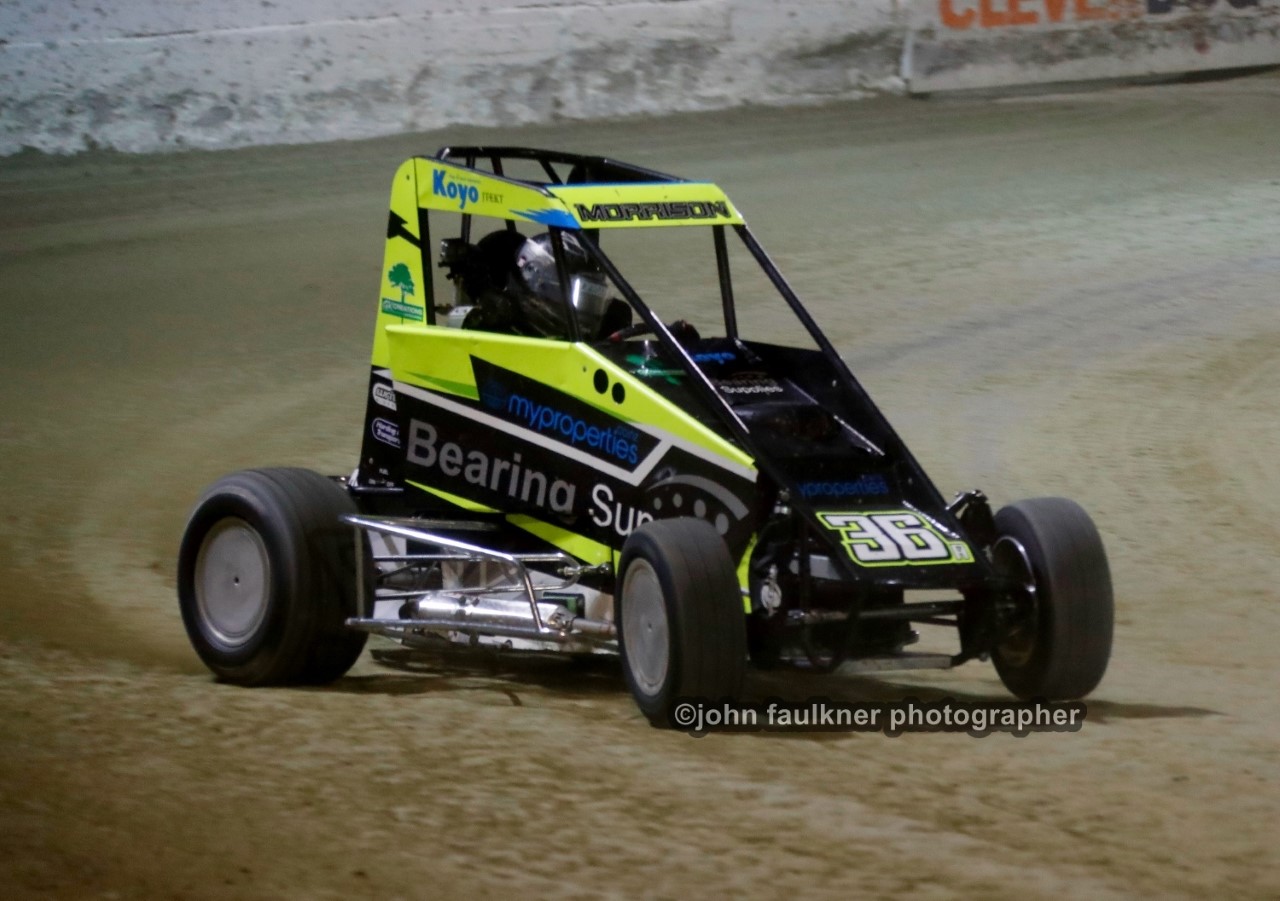 Aucklander Kaleb Currie was second from grid seven and his clubmate Troy Pennington third from grid 12. Ryan Barry's hopes of victory were dashed with a spectacular flip on the ninth lap.