Good luck predicting the two team which will drop out of Hawke's Bay's premier club rugby competition at the end of the Nash Cup round.

"Yes everybody had written us off. But I was proud of our boys ... we showed a bit of ticker and fought back to secure two bonus points," Pirates assistant coach Spencer Bethell said.

"All 22 of our players put their hands up as a unit," Bethell added.

"It was tough to watch for us at times as there was a bit of rust there," Hastings Rugby and Sports co-coach Andrew Hui said.

His captain, Jacob Devery, who had stints at No 8 and hooker, led the hosts by example with a player-of-the-match performance. Hurricanes midfielder Danny Toala directed play well from first five-eighth while lock Jesse Lesa-Sipaia and flanker Jardine Chung Ching had huge workrates in the pack.

TARADALE 29 TAMATEA 14
"If you thought Tamatea were an automatic choice for relegation you're wrong ... they are a classy side."

These were the words of Taradale co-coach Tim Combs who was also happy with the effort put in by the visitors.

"It was a tight game in which we built a lot of pressure but didn't score from on occasions. But in the second half we came through and our bench players provided more impact than their's."

With their victory NOBM took some of the gloss off the celebrations surrounding Clive prop Kereama Peni's 100th premier match for the hosts.

Centre Pedro Bezanilla was the pick of the Green Machine's backs. Openside flanker Paul Lata and tighthead prop James Holbrook were industrious in the winning pack.

Openside flanker and captain Josh Kaifa was outstanding for a Clive side which functioned well in patches. Winger Anthony Wilson, who scored two tries, and halfback Trent Hape (pictured above, photo Chris Kiely) operated well in the riversiders backline.
Scorers: 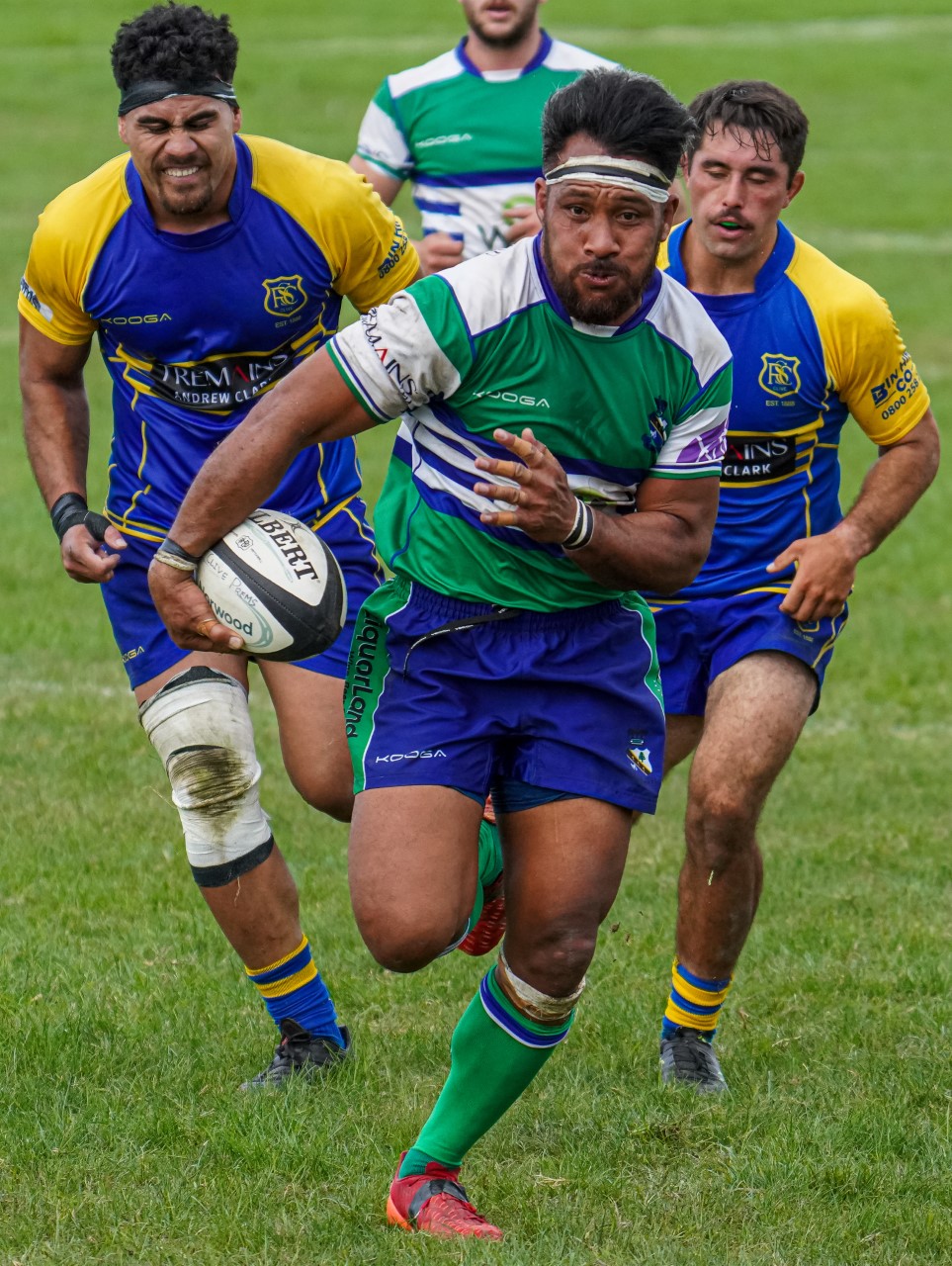 First five-eighth Tamati Samuels and second five-eighth Ted Walters were enterprising backs in a good first round effort from the Texans under new coach Kerry Lewis.

Havelock North prop Jasper Wyllie had a huge workrate and scored two tries. Second five-eighth Kalin Paewai and winger Epeli Tanadroga made the most of their opportunities in the villagers backline.

Five players made their premier debuts for MAC in this Central Park victory.

MAC manager, Anthony Morley, said all five made the most of their opportunities. They were blindside flanker Fraser Taurima-Heperi, prop Maika Fehoko, hooker Louis Makiora and wingers Tui Paikea and Zedekiah Awa.