Gibson Tout is well known for his behind-the-scenes work at Meeanee Speedway.

The 25-year-old qualified mechanic and fencer will help anyone, local or visitor, who needs a hand. But this weekend Tout (pictured above) will be focused on the Meeanee Mauers quest to win the Peter Barry Memorial Stockcar Teams event on his home track.

While the third-season driver in the class raced for the Maulers in Wellington and Palmerston North earlier this summer and was the reserve driver for their national teams campaign this will be the first time he has represented the Maulers in one of the most prestigious stockcar teams events on the Speedway New Zealand calendar.

"I raced for the Orange Roughies in 2019 and I had electrical issues. I've come a long way since then," Tout said.

"I've been working with Cameron [Maulers teammate Swift] all week and we've been talking about this weekend. We've got the team to do it.

"We're all gelling well ... we just need those one per cent things to go our way," Tout explained.

"It would be a big achievement for me to help the Maulers win the trophy after such a short career," Tout said.

While he prefers the blocking role the versatile Tout said he will do whatever he is told to do in his Holden V6-powered car.

"Hopefully I can impress enough so I have a regular Maulers spot next summer," Tout added.

Maulers manager Andrew Powell said his troops are focused on redemption after a winless campaign at last month's national teams champs in Wellington.

Powell pointed out there is plenty of interest in how Hawke's Bay Hawkeyes superstock team driver Hayden Hart will perform in the stockcar he used to race in Auckland. Several of Powell's drivers have been in hot form in recent weeks. 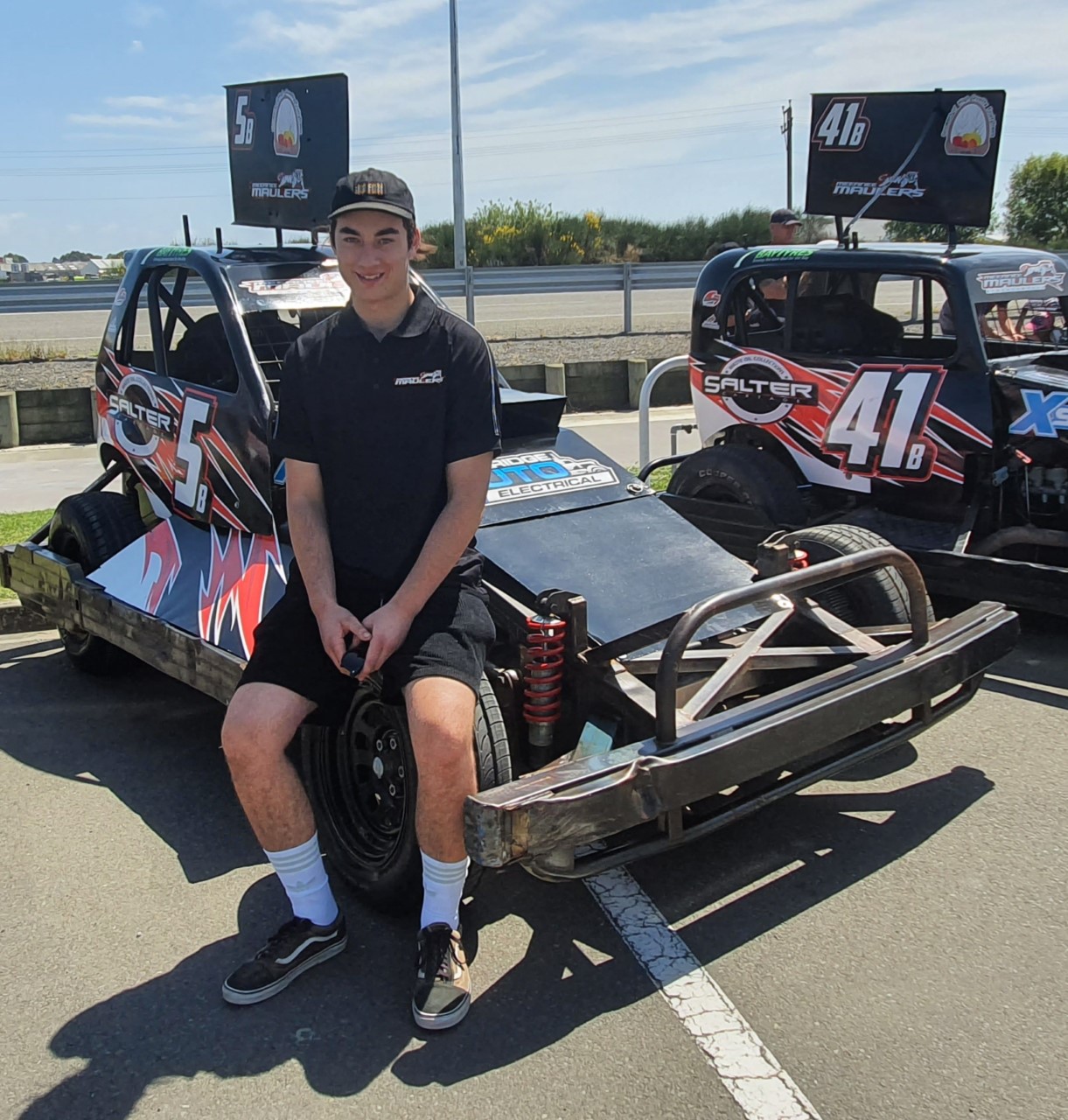 Regan Penn (pictured above) added the national under-23 title to the East Coast title he won last month. Brett Loveridge was in the winning pair and Penn in the second placed pair at the Battle of the Stocks meeting in Christchurch.

Swift will be racing the car which used to belong to former 1NZ Tyler Walker of Stratford. Nine teams including defending champions, the Auckland Alley Cats, will be in action.

In addition to the Peter Barry Memorial stockcar teams event the North Island TQ champs and East Coast superstock champs on on Friday night and the East Coast TQ champs on Saturday night will be the other feature attractions.

Twenty five TQ drivers will be in action. Defending champion and 1NZ Jeremy Webb from the South Island and Auckland's 3NZ Ryan Barry will be the fancied starters.

A 26-car round in the streetstock tri-series will also be staged on Saturday night along with the East Coast saloon champs. Sidecars will provide the support class action on Saturday night.